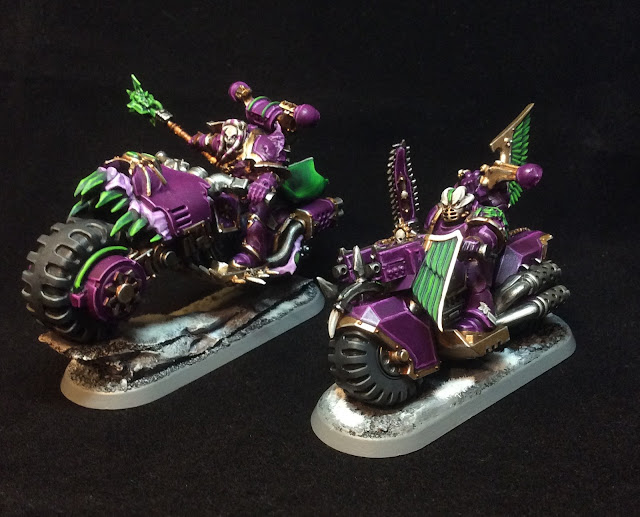 I promised Chaos every day this week, and I'm sticking to it. Today, I have another converted chaos lord. This time on a bike. This is a newer model than a lot of the ones that I've been posting, but still dates back a bit. I think I built him somewhere in 6th Edition.

The bike is actually a standard Chaos bike, with a lot of extra parts added and sculpted in. The demonic hood part is made from the underside of a Forgefiend's head combined with some spares from a Defiler and a Terminator's torso. The rider is built from one of the Dark Vengeance Chosen, grafted onto a standard biker's legs. Getting the snap-fit parts to work was a struggle, but it was well worth it. In particular fitting the cape was rather difficult. 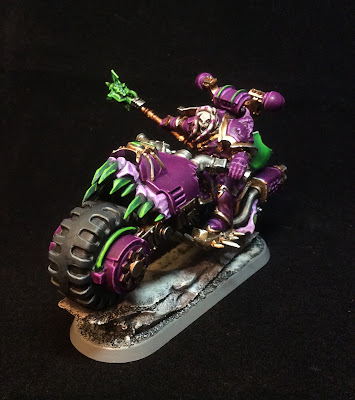 The power maul has had its ups and downs as far as rules are concerned. It gives the model a great stat line though with T5 and S6. I guess that will all change shortly though, so I'll be interested to see whether it will be an effective combination in the new edition. Speaking of the new edition, I pre-ordered a copy of Index Chaos the other day, so I should be all set to try these guys out with the new rules. 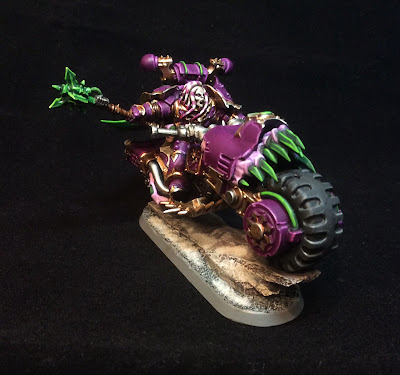 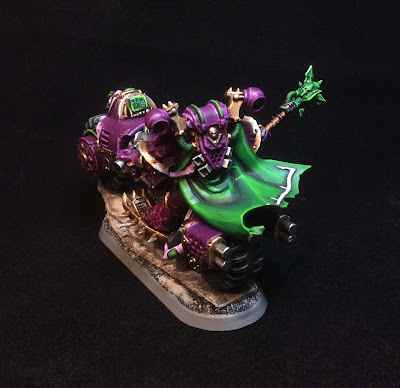 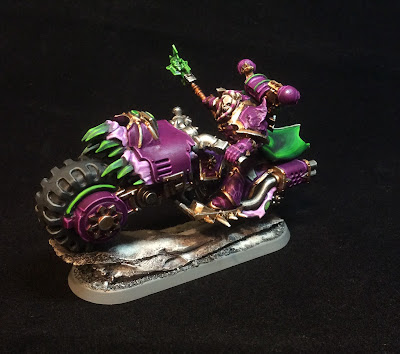 Anyway, that about rounds it out. I'm calling Friday the end of the week, so this is the last of the chaos posts for the moment. Leave a comment below, or follow the blog if you've enjoyed this rather Chaotic week.