Remember that Anime figure that I painted up a couple of months ago? No? Well, I'll add some pictures to jog your memory. 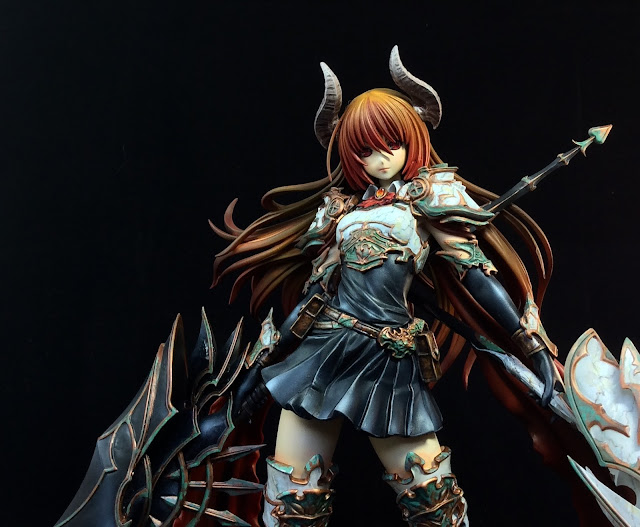 Anyway, I liked her so much, that I decided that I'd put some pictures into a massive online competition being run by the Chinese resin cast figure company E2046. The competition is a pretty big deal for enthusiasts of these kinds of figures, and literally hundreds of hours have gone into some of the entries. It's all done with photos too, which was a bit of a novelty, but I guess that the main drive is to promote the hobby and their business. There are some big prizes too, with a $500 USD prize for the winner and over $2500 up for grabs in total. It is all in store credit though, but still it certainly puts Golden Demon to shame!

The competition is run in 3 categories. Figure, is for single resin anime style figures. The second category is "Mecha", which is pretty much the Gundam category or giant robots to most people. The third is the always impressive, but obviously insane Diorama category. The reason that I say it is mad, is because the smallest figures they make are about 1/8 scale, so painting up more than one is literally several months of work.

Anyway, my entry is now in the gallery and all I have to do is wait till the 14th, when the initial cut will be made and the finalists will be selected. Here's hoping for a good result!


On a side note, I painted this thing a few months back , and I submitted the gallery about 6 weeks ago, so the competition feels a bit distant, which is something I've actually really enjoyed as it has been nice and relaxing. 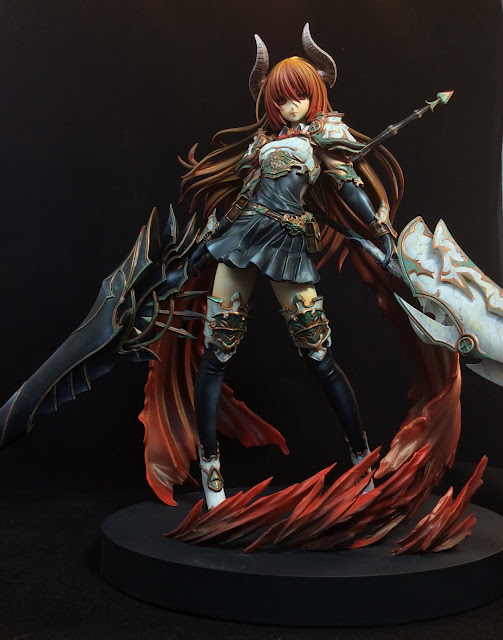