Continuing onwards, I picked up a Lord of Contagion from the Dark Imperium box.

It is a really nice model, but I don't play Nurgle. A bit of a conundrum really, as I sure do like nice minis. Luckily, the dark gods of conversion have always favoured me, and I once again beseeched them for some evil gifts of naughty knowledge. 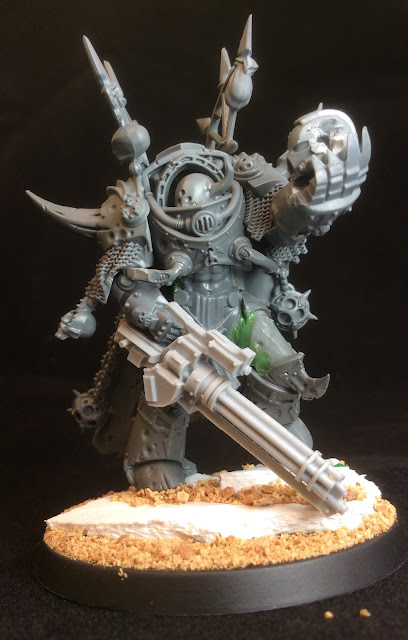 Miniature wise, there was one part of the figure that just had to go if I was to un-Nurgle the thing; his massive bile belly. It was a painstaking procedure, but I cut away the stomach area and then swapped it out directly with some of the abs from a Kairic Acolyte. It was harder than that sentence made it sound. I then had to build up and reconnect his legs. From there it was a lot of fun, as all I had to do was choose some weapons and his head and well as the other details. Interestingly, I had a Horus Heresy Rotor Cannon to spare, and it seemed to fit pretty well. Part of the fun of Obliterators is that there are no real rules about what they have to have, so you can go a bit crazy with the armament.

Scale wise, he turned out pretty big too; at about twice the height of a guardsman and a good deal larger than a regular Terminator. He is mounted on a 50mm base. 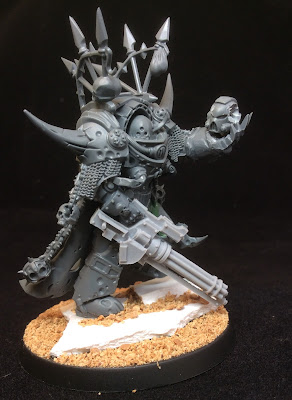 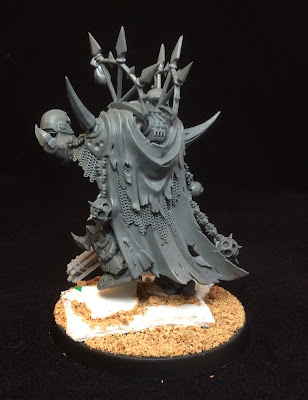 Now all I need to do is build 2 more to make a unit...
Posted by Blazmo at 09:30:00
Email ThisBlogThis!Share to TwitterShare to FacebookShare to Pinterest
Labels: 40k, Chaos, Chaos Space Marines, Conversion, Emperor's Children