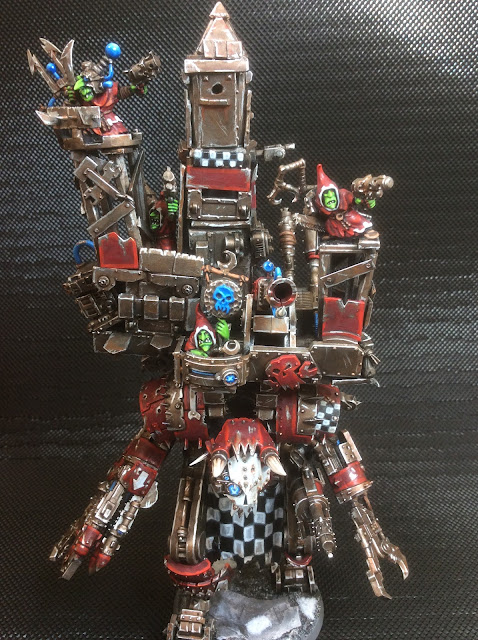 Introducing to you - the worlds biggest Deff Dread. Measuring a maniacal 8 inches tall and weighing in at .... well, a lot for a piece of plastic.

One of my big 40k projects is an all Grot Ork army. I had the idea years ago and joked about the crazy conversions I could make. One day I just went for it and started buying rebel grots by the bucket load on e-bay.

Anyway, this piece was inspired by the idea that the Grots would try to copy successful Imperial Weaponry like an Emperor Class Titan, but respective to their own size - even to the point of it being crewed by Mechanicus obsessed grots with red robes and cog-tooth patterns. The best part was that the army was already red, so it fit well visually and thematically.

To gain more height I used some small Chaos Defiler legs to replace the usual stubby ones. The back castle is actually an old Gorkamorka Truk chassis with tons of bitz and spare parts glued together. To build the towers I made a frame using shaved down sprue and then covered it with armour panels. The grots are actually Night Goblins from one of the Warhammer starter sets that I bought cheaply on e-bay. 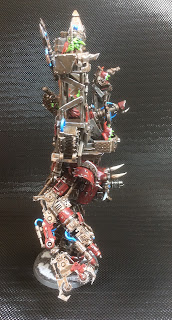 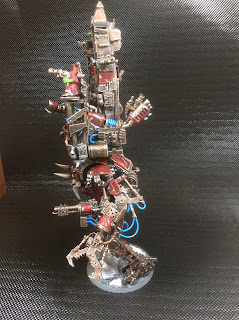 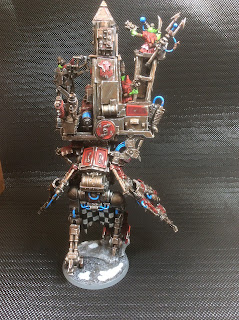 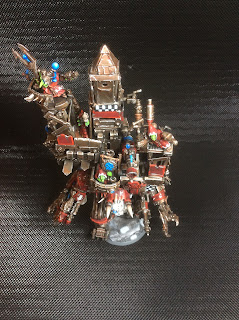 I've also got some grainy work in progress shots - the one from the back shows how I constructed the castles using sprue as a frame. As I have a lot of material related to this project I may do another post with the rest of it. 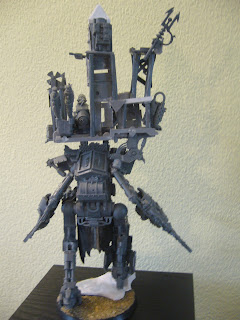 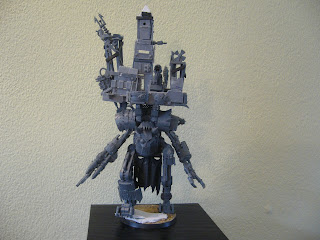