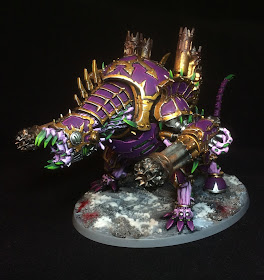 I actually painted this model twice! Once a few years ago shortly after the kit came out, and again recently to update the scheme to match my current Emperor's Children force. I haven't changed traitor legion over the years, but I did update how I painted them as my skills developed, and I wanted it to look good with the rest of the force (I updated my Helbrute in a similar way last year). 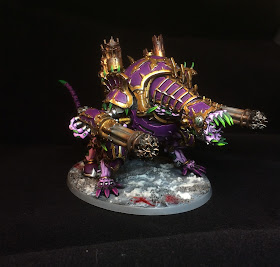 I've always liked the Ectoplasma Cannon head, just because it looks like a demon parrot or something! In fact, I like that head so much that I used it as the basis for my Heldrake's head that still graces the top of this blog today. 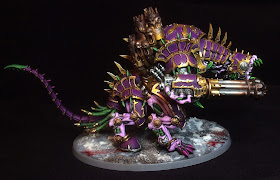 In terms of conversion work, it's pretty stock, but I did use one of the Mauler Fiend's tendrils to make a tail for it. It was 5 minutes of work, but I think it looks good and adds a sense of balance to the model when viewed from the side where it's quite front-heavy! 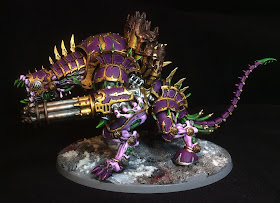